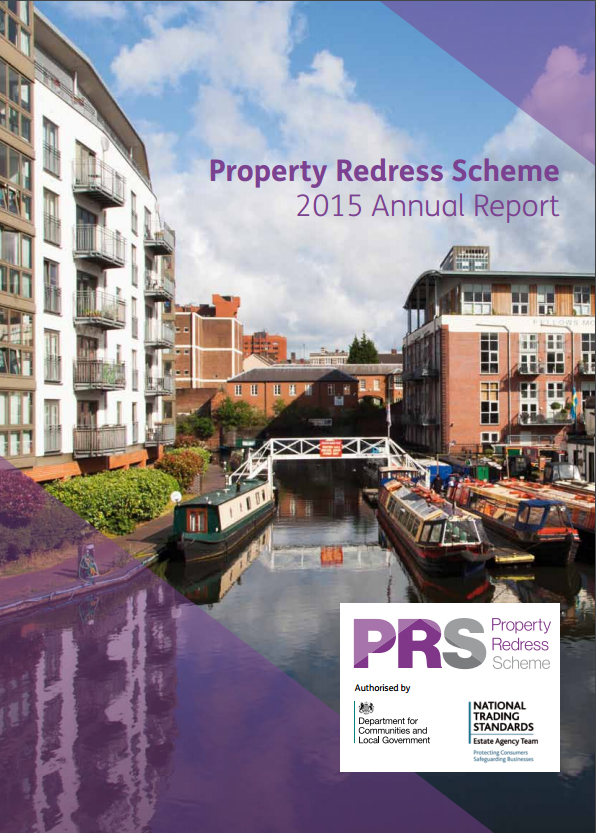 The Property Redress Scheme (PRS) has today released their Annual Report for the year of 2015, after completing their first full year of trading and following the 2014 Interim Report.

The PRS is the newest of three consumer redress schemes authorised by the Department for Communities and Local Government (DCLG) and National Trading Standards Institute whose role it is to provide fair and reasonable resolutions to disputes between members of the public and property agents and professionals.

The PRS is now also authorised by the Chartered Trading Standards Institute to offer ADR to the whole property industry under the ADR Regulations 2015.

The 2015 Annual Report includes reports from Lord Monroe Palmer, Chairman of the Council, Sean Hooker, Head of Redress for the Property Redress Scheme and David Jacobs, Chairman of the PRS Board. It also provides insight into who the PRS are, what they do, highlights from 2015, a financial overview, information about their Members and also the number and types of complaints that they have helped to resolve.

The Property Redress Scheme Annual Report 2015 can be read on our website here: