I have now started filming for the 3rd series of Channel Five’s ‘Nightmare Tenants, Slum Landlords’ in my role as Founder of Landlord Action.  With approximately another five months filming to go to capture enough material for the scheduled twelve episodes and four catch up shows, I have to spin a lot of plates in order to deliver the number of hours required.

Over the years, I’ve appeared in numerous one-off television programme’s covering the world of buy to let, but this series takes up considerably more time, with the last series (series 2) requiring more than 160 hours filming. Anyone who has been unfortunate enough to have to go through the eviction process, will know that there is no ‘quick fix’.  Therefore, capturing someone’s story from start to finish, and giving all parties involved a fair opportunity to tell their side of the story, requires patience…and lots of it!

Last Monday, I left my house in North London at 5am, catching the 6.17am train to Crewe, then on to Congleton in Cheshire for the first case. There, we met with the landlord at 10am. This particular landlord had previously lived in the rented property for many years, but had to move into his elderly mother’s house to look after her. He had spent over £30k on renovating the property and had planned to move back to his house once he felt his Mother was ok. While drinking in his local pub, he was befriended by the tenant.  Yes…you’ve guessed it, he was conned into letting the tenant move into the property with no references taken, no deposit received and no tenancy agreement ever signed. Big mistake.

The arrangement was that the tenant and his girlfriend would live at the property for a couple of months. This landlord, like many I have come across before him, just didn’t see himself as a landlord.  Those that don’t ‘plan’ to have a rental property often don’t understand the complexities involved in the process, and this, more often than not results in major problems further down the line.

I had to serve a section 8 notice for 2 months arrears.  Expecting a standard serving of the notice, I asked the landlord for a bit of background information on the tenant.  At this point, he casually mentioned to myself and the film crew that the tenant was an ex-paratrooper, alcoholic, drug dealer, who had allegedly beaten his girlfriend up a few weeks previous and was banned from nearly all the local pubs for fighting.  Just what I needed first thing on a Monday morning.  After some discussions concerning safety issues, we were able to arrange for the local police patrol to be present at the time of serving.  It was a bit of an anti-climax, as the tenant would not answer the door, even though he was clearly in.

Now we have to wait for the notice to expire and see how the tenant responds before we resume filming for the next stage.

So, it was on to the next case. We had a two-hour drive across the Pennines to Doncaster to meet with my next landlord.  Now this was a strange one!

We had already served a Section 8 notice a few months ago, but the landlord had put the case on hold as she felt she could try and negotiate with the tenant - sadly to no avail. There were now sixteen months’ rent arrears, yes…sixteen months!  Apparently the tenant had been placed into the property by a former business partner of the landlord, but stopped paying rent shortly after moving in and things had turned very sour.  The tenant had moved in for the first 3 months of the tenancy, then occasionally went back to the property. The tenant had not been seen at the property for months now - we believed it to be abandoned.

Owing to this mess, the landlord now has £8k mortgage arrears and a mortgage possession hearing has been set at court in a few weeks.  It’s a race against time to get her property back so that she can sell up.

I met with the landlord to attend the property as she holds keys and had a letter of appointment for the inspection set.  We had found out that the energy company had issued a warrant to gain access to insert a card meter at the property, since all utilities had been cut off and the council had been informed that the tenant was living elsewhere for Council Tax reasons.  Clearly no one was living at the property. 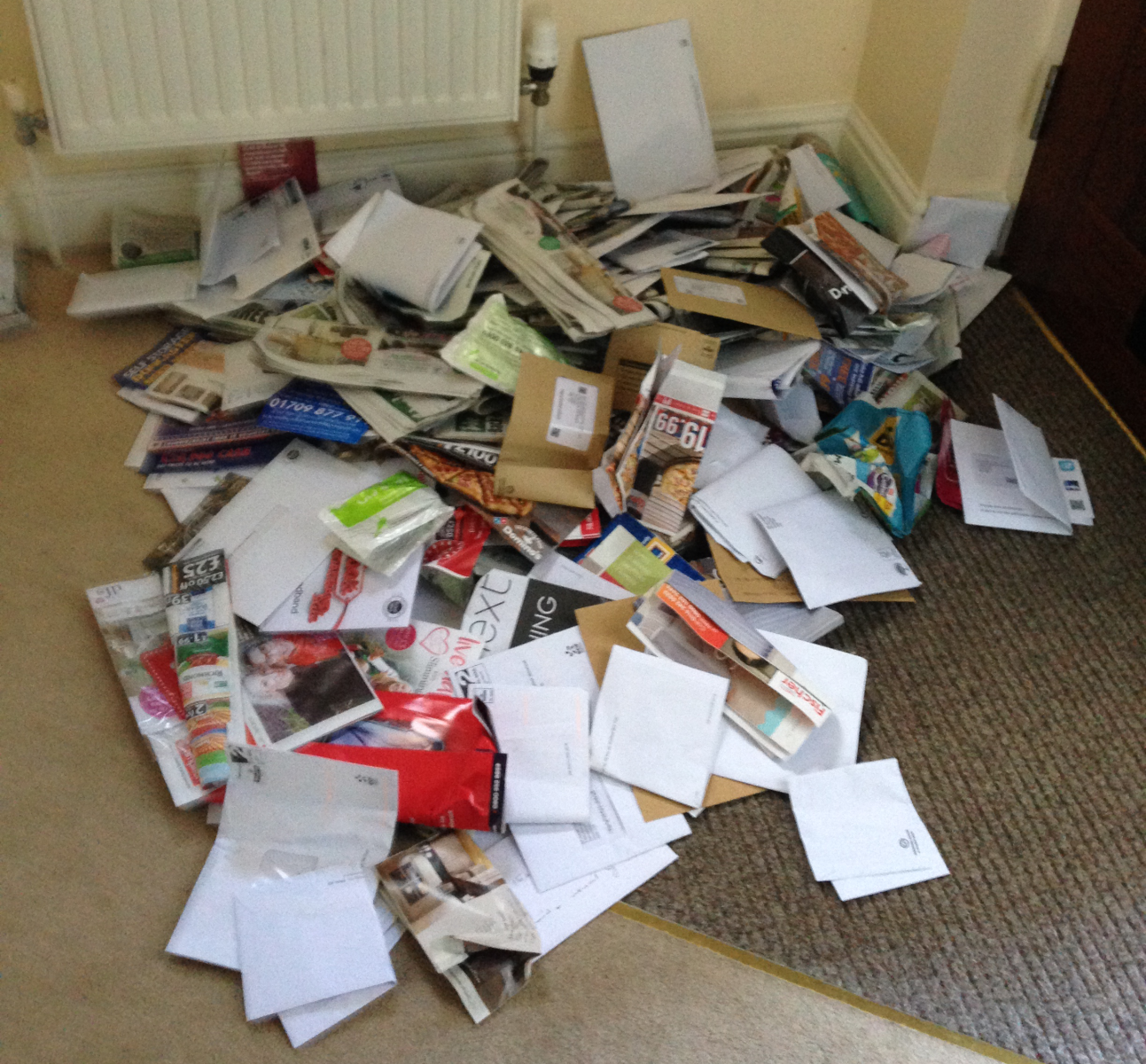 I served the Notice of Abandonment at the property, took pictures of all the rooms that had rubbish left in, and when I opened the fridge, WOW, what a stench.  Also, take a look at the number of post/bills left unopened. Yes, the landlord will be able to take possession, but we have to wait legally to see if the tenant will contact her in five days.  If not, the landlord can change the locks, keep the tenant’s belongings/rubbish on site for a further 10 days, then dispose of thereafter. I told the landlord to take an inventory, because we do not want the tenant making a claim that some expensive goods have been taken.

There will be another conversation about debt recovery and how we can attempt to chase the 16 months’ arrears and legal costs owing at a later date.

It is so important as an agent that you understand the process of Abandonment and the law of Tort, relating to tenants’ belongings.  You will be pleased to know that the law of Abandonment will change in the landlords favour in the future, to make it easier to gain possession.  It has always been a bit of a grey area.

SO as you can imagine, it’s been a very long day, I’m back home at 9pm, all in the name of real life TV in the Private Rental Sector.

Look out for my future blog from the TV series to The Property Redress members on exposing Rogue Agent taking Landlords rents and Tenants deposits, which highlights the need that Letting Agents do need to have Client Money Protection.

If you have any tenant eviction issues or queries please do not hesitate to contact Landlord Action on 0208 906 3838 and say you’ve read this blog!