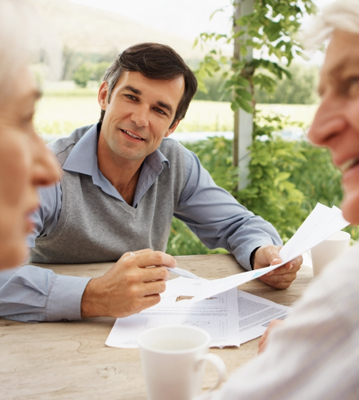 By law, Property Agents are required to join a government authorised consumer redress scheme. The purpose of this is to give consumers of the Property Agent an escalated complaints procedure if they are unhappy with how their complaint has been dealt with by the Agent.

The above consumers of Members of the Property Redress Scheme may be able to have a complaint dealt with by us.

There is a set of criteria which must first be met in order for a complaint to be considered by us:

We are required to put these time limits in place to enable us to deal with complaints fairly and they are deemed reasonable under the Arbitration Act 1996.

Once the above criteria have been met, the Complainant is able to raise a complaint about the Member with us.

The complaint must be raised using our Complaint Form. When completing the form, the Complainant must explain all the reasons why the complaint is being raised, the actions that have been taken and also include all relevant evidence. This must include the letter/email of complaint and if applicable our Member's final response. It may also include copies of other communications received from and sent to the Member, including any settlements offered and relevent contracts/agreements and associated documentation.

There is no charge to the Complainant for raising the complaint with the Property Redress Scheme.

The Complainant can withdraw from the Property Redress Scheme complaints process at any point.

The Property Redress Scheme can only consider a complaint if it is in relation to the act or omission of the Member, and fall under the following criteria (see below regarding leasehold management complaints):

The Member’s actions must have resulted in the complainant suffering a financial loss, or unnecessary aggravation, distress and/or inconvenience.

If the Complainant does not respond to reasonable requests made by the Scheme then we may suspend or close the case.

The complaint process is as follows. All timescales are subject to reasonable change depending on the circumstances of the complaint.

A Member will be bound by the findings of a Final Decision if accepted by the Complainant.

If the other resolution body has not considered all aspects of the complaint or if that body is not designed to offer financial compensation to the complainant, we may resume consideration of the complaint after that body has provided its decision on the matter (including court order). We will consider extending the 12 month deadline to raise the complaint in this situation, however the complaint must be raised with us within a reasonable period of time.

In all cases, we will provide the Complainant and Member with written reasons of any decision made.

The matter may be resolved by mediation which means the parties have negotiated a settlement. The settlement agreement will be legally binding on the parties.

The Scheme will make a decision based on the evidence provided and any relevant Code of Practice connected with the Member, terms and conditions agreed by the parties, the law (including consumer law) and also what is fair, just and equitable in the circumstances of the specific case in question.

The burden of proof for any decision made will be on the ‘balance of probabilities’.

The Scheme may also request the parties attend a face to face hearing or mediation if it is felt that, that is the best way to resolve the complaint.

If, after analysing the complaint and evidence provided by both parties, the Scheme is unable to make a decision on the complaint then this will explain to the parties that a decision cannot be made and give the reasons why.

When making the decision, the Ombudsman may make an award to the complainant consisting of one or more of the following:

Any compensation payment will be calculated based on demonstrable loss or costs and will take into account any degree to which the complainant has contributed to the failure or loss suffered.

With regards to Residential Leasehold complaints we would recommend you read the following guidance:

Leasehold Advisory Service guidance on when to contact a redress scheme http://www.lease-advice.org/advice/fact-sheets/contact-redress-scheme/

Association of Residential Managing Agents (ARMA) guidance on the remit of the ombudsman with regards to dealing with complaints. https://arma.org.uk/leaseholders/complaints-about-a-member

If you are unhappy with the response from the residential management company or the freeholder then we recommend the First Tier Tribunal (Property Chamber - Residential Property) may be your best avenue for redress. https://www.gov.uk/housing-tribunals/overview

If you are an individual leaseholder and you consider that the Property Redress Scheme is the correct avenue for your redress then we would recommend you contact us before raising the complaint so we can discuss your options.

Estate and Letting Agents in the UK are being urged to check that they are signed up with an approv...

The Property Redress Scheme (PRS) have released their Annual Report for the financial year 2018 sho...