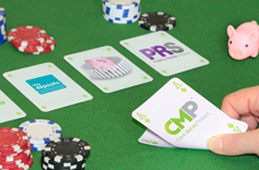 Client money protection is designed to protect landlords’ and tenants’ money by reimbursing them should an agent go out of business or in the event that an unscrupulous agent misuses client money. This might include rents, deposits and/or funds intended for maintenance work.  It’s a simple fact that letting agents who do not belong to a CMP scheme present a greater risk to landlords and tenants.

Rogues relinquish responsibility and ruin the reputations of the reputable

Paul Shamplina, founder of Landlord Action and brand ambassador of PRS’ parent company Hamilton Fraser, has been involved in numerous cases over the years where letting agents have ceased trading or absconded with client money, leaving landlords and tenants thousands of pounds out of pocket.

He recalls one particular case a couple of years ago involving a letting agent called Christopher Stanley Lettings in Bicester. They managed two properties for a landlord named Margaret but failed to pass the rent on. “Margaret was owed in excess of £20,000 but despite her, and our, best efforts, she never received her money back because the agent, like so many others, simply stopped trading.  Sadly, Margaret wasn’t the only one left out of pocket, as a trail of other distressed landlords and tenants emerged. If only this agent had had client money protection or the landlords and tenants affected had understood the implications of using an agent without CMP” says Paul.

Most recently, Property Industry Eye reported on an agent, Clifford Wheatcroft of Real-Est8 Property Solutions in Bournemouth, who stole over £350,000 in rent and deposits to fund his ‘lavish lifestyle’.  Wheatcroft was interviewed by police and told them that he had used the money to keep up with other payments. However, enquiries showed he had spent £357,260 on personal items such as holidays.

The reputation of the private rented sector, and letting agents in particular, is undermined by the small minority of unscrupulous agents, like Christopher Stanley and Clifford Wheatcroft, who misappropriate money from their clients.

Thankfully, on 1st April 2019 it became a legal requirement for all property agents operating in the private rented sector in England to belong to an approved client money protection (CMP) scheme. This is an important step towards ensuring that every agent is offering the same level of financial protection to tenants and landlords.

Some agents will already have been covered as a result of their membership with a professional body such as ARLA Propertymark, NALS, RICS or UKALA, meaning they were not required to do anything. Others, however, who are not part of a professional body, should now belong to one of the Government-authorised client money protection (CMP) Schemes, such as Client Money Protect.

Despite this now being law, it is estimated that there are still thousands of agents who are yet to meet their legal obligations.  Local authorities have the powers to fine agents up to £30,000 if they do not belong to an approved scheme and up to £5,000 if they do not display details of their CMP scheme membership both in their offices and on their websites.

It’s down to the good guys

Making sure agents comply with this latest piece of legislation by having CMP is just one part of the puzzle in helping to eliminate rogues from our industry. This also needs to go hand in hand with agents educating their clients on the fact that they have CMP, why it is important to use an agent that has CMP and how this might help them identify a rogue from a good guy.

Much like agents, landlords have been hit by a raft of changes and many are looking at ways to cut costs. This could mean they start to look around at which agents are priced most competitively. But what if that agent down the street is cheaper but doesn’t hold CMP? Rogues will continue to operate so long as business is coming their way, so it’s down to the good guys to help consumers understand the risks. Don’t let the rogues take business from you!

Many letting agents take for granted all the tools they have available to them to stand out from the rogues.  Whilst it might be present that you have CMP on a website or printed in your marketing material, sometimes explaining to consumers just what it means for them is far more powerful.  Many people simply don’t understand what CMP means or how it might affect them until it’s too late.

When someone comes in looking to rent or let a property, how many do you think know the following?

Landlords and tenants should be made to understand that this means if they have a dispute that they have been unable to resolve with their letting agent, they can take their complaint to a property redress scheme and could receive compensation. Agents should show them their clearly displayed membership badge.

If an agent has client money protection, it means that the landlords’ rent and tenants’ deposits are protected should that agent go out of business.

Of course, some rogues will continue to find loop holes and carry on trying to scam the public, but it’s important to continue taking positive steps towards change for our ever-growing industry. Together, responsible agents can make it harder for rogues to operate.

Make sure you have CMP and then use it to your marketing advantage.