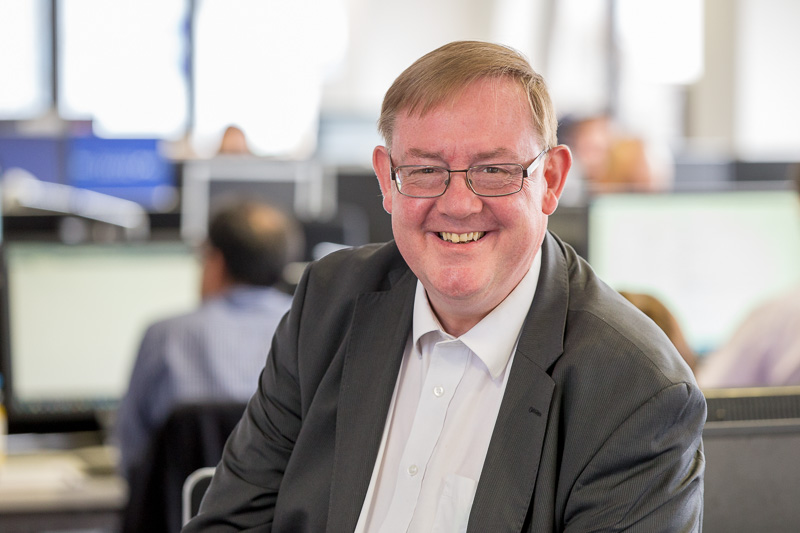 Back to “school”, but are lessons being learned?

As summer wanes into autumn, kids return to the classrooms, holidays fade into memories and our lawmakers retake their seats at the heart of government, the coming weeks may well see the start of the biggest revolution in the rental market in over 30 years. The political landscape in the UK is vastly different than it was back in the late 1980s, with devolution, huge demographic shifts and a totally different economic climate, especially as far as the housing market is concerned.  As is now often the case the Scottish and Welsh administrations are doing their own thing and this now leaves England on the catch-up path.

Of course COVID has meant for much of government policy, a hiatus in proceedings, but New Normal is surely around the corner and the private rented sector, with expectation or trepidation or both, now eagerly anticipates the publication of the White Paper on Renters' Reform,   the content of which hitherto has consisted of a few cryptic announcements and promises, uttered by ministers as far back as 2019 . This now appears to be crystalising and promises to turn into reality.

In preparation, many representatives on all sides of the sector are laying out their blueprints, wish lists and parking their tanks on the lawn, over parts or all of the proposals; hence what will come out of the Ministry of Housing Communities and Government, will not be an oven-ready bill but a consultation and engagement paper. They have already held some round table meetings and plan a series of them with various stakeholders, one of which, on court reform and redress, I am invited to in the next couple of weeks.  All this is fine however, given that there have been countless consultations, briefings and working groups already, you could ask the question, how much more do they need to discover?

Not a lot, according to the National Residential Landlord Association, who in an echo of F.D. Roosevelt's New Deal reforms, recently laid out a vision of a rental market that works for all. In what they call their Shadow White Paper they put forward proposals for reform of the eviction process, lifetime deposits, enforcement against the rogue element and landlord redress.

Agent body ARLA Propertymark have called for a dedicated Housing Court and on the tenants’ side, Generation Rent have recently called for landlords to pay the moving costs of tenants if they ask them to leave, in order to sell or move back into their property.

There is unfortunately an increasing trend to demonise one side or the other in the argument, making the problem black and white and a battle royale between good and evil. A problem, however, there is!

What is also clear is that attempts to resolve the issues have been cumbersome and ineffective, relying on under-resourced local authorities, overworked courts, and disjointed legislation.

Not immune to putting our two-penneth worth in, we at the Property Redress Scheme, have been calling for the introduction of landlord redress for several years now. The criminal landlord gets all the headlines; but this is really only the tip of the iceberg. There are a significant number of amateur landlords whose unconscious incompetence is staggering!

While far from the majority, they pervade the sector, especially in those areas where the most vulnerable rely on their services.

They are undercutting and undermining the decent, compliant and professional landlords who do their homework, follow the rules, undertake the relevant training or are circumspect enough to realise their own shortcomings and either join a landlord association or use a qualified agent.

So what about the rogue tenant, I hear you cry? You never hear about them!

Well, actually, the introduction of landlord redress could go hand in glove with making a tougher environment for the criminal tenant.

The reality is that the people who exploit the system prey on uninformed and unprepared landlords. These often accidental first timers not only don't see that what they are doing may harm the tenants they house, but in too many cases are a danger to themselves and are prime targets for these shysters.

If every landlord had to register for a redress scheme and, in exchange, were provided with an information pack outlining the importance of referencing, inventories and arranging the right protection, such as rent guarantee insurance and legal expenses, they would be in a far stronger position to protect themselves from the fraudsters and crooks. On top of this is the increasingly canny tenant who, often backed by an ambulance chasing lawyer, knows the legal loopholes that end up costing the naïve or amateur landlord dear. Let and forget is no longer an option!

For those who believe in the idea of a rogue tenants’ database, it may not be the panacea some people think.

I believe that unless such a register was properly controlled it could be abused. Being on the list should not be something you end up on lightly. It should be used for a court order or ASBOs but, as the rogue landlord database experience shows, not many entries appear on that!

What may help though, is that the end of tenancy landscape also promises to change, with lifetime deposits and tenants taking back more control of the process. To this end, mydeposits and our deposit alternative, Ome, have been heavily involved in shaping this at the highest level. With increased rights, come increased responsibilities and the signing up of tenants to a passporting type scheme could be an opportunity to provide them with essential information and do some checks and indeed create a de facto tenant register.

What is clear, is that too many landlords do not carry out robust enough checks on prospective tenants, thinking they are not necessary, too much hassle or they don’t want to spend the money. The credit referencing companies have been trying to become more thorough and affordable and there have been moves to show rent payment history as part of credit ratings. Landlords should also realise the importance of making sure a money order is issued against the tenant, so that the debt is recorded and can come back to haunt the tenant at a later date when they come to try and rent again. It is also essential to ensure the employment and a previous rental reference are taken up, as part of the due diligence.

Ironically, when Section 21 goes, a reason will be needed to evict a tenant, so rather than just using the no fault option and moving the problem on to another unsuspecting landlord, there will be a trail that can be traced for problem tenants.

Lastly, as I have said above, landlord redress, which will act as a register, will mean help and advice on what landlords should do to protect themselves can be given at the outset. I would like to see references and inventories as a mandatory part of this process and, just as agents have to have professional indemnity insurance and client money protection, a landlord should be able to demonstrate they have these in place too.

Whether England goes down the Rent Smart Wales route, with landlord tests, or the Scottish tenant information packs that preceded the new Private Residential Tenancies in 2017 with their model tenancies, remains to be seen. Of the constituent parts of the UK only Northern Ireland currently requires a landlord to complete an inventory.

Only England now does not have a register of landlords, however there are a plethora of local authority licensing schemes which are seen by many as overburdensome and complicated. The instinctive English distrust of red tape has hampered meaningful reform, mainly as the civil servants tasked to deliver change tend to over complicate things and not look to solve the Gordian Knot with a simple swipe of the sword!

The infrastructure is already here

It is frustrating that so many of the answers are staring the Government in the face. There are numerous organisations in the industry that have the skills and expertise to deliver a robust and effective solution to the challenges facing the private rented sector.

These bodies already provide valuable services offering strong dispute resolution, competency training, best practice, and guidance. While many landlords see the value of this, for the most part they opt out.

A mandatory system of redress, delivered by competent bodies, would protect tenants, support landlords and make it easier for enforcement agents to track down those landlords who want to operate under the radar.

This simple change could be implemented tomorrow if the Government had the will to do so, whereas court reform and, say, the introduction of a housing court, will take much longer and require significant resources.

Organisations like ourselves and our sister company, mydeposits, already run effective schemes providing complaint resolution for customers of letting agents and protecting and resolving deposit disputes.

We also set up a professional mediation service during the pandemic to help stave off a rent arrears crisis and this works equally well for resolving other tenancy disputes, such a repair issues and personal disputes between the parties.

We have proven that we can deliver quick, successful, and affordable solutions to the challenges and are ready to step up to the mark. All the Government would need to do is approve the right organisations and we can all get on with the job.

The PRS is delighted to be working with the UKâs largest landlord association, the NRLA on a pilot ...